Leapfrog Alphabet Pal is a cute little toy for babies and toddlers. This silly alphabet toy for kids is made out of a solid piece of plastic, which can take a decent level of abuse. The alphabet toy features 26 colorful buttons, which basically represent all letters of the alphabet. A letter is positioned on each leg of the caterpillar, with 13 letters on each side the insect. This cute alphabet toy for babies and toddlers can be set in one of four sound modes: letter names, letter sounds, colors and songs. Naturally, there is an off-mode, too. Just like with any other toy, the off button is definitely needed sometimes. There is a volume control lever, which has two settings. This great alphabet toy for babies and toddlers can be pulled by a string, which is attached to the front of the caterpillar. When pulled by the string, the alphabet toy for babies will slide across the floor due to a pair of small wheels on the bottom of it. There is small rotational ball up front underneath the caterpillar’s body, which helps with directional navigation. The caterpillar head is fully rotatable, which is a cute little touch to the overall experience. The speaker is located on caterpillar’s back, which enables even and continuous distribution of sound around the alphabet toy. Our son loved playing with this toy when he was nine to eighteen months old, at which point he lost interest in it. However, when he was two years and nine months old, we accidentally run across this toy in one of his toy boxes. He saw it, and started playing with it right away. I guess the fact that he now knew the letters, colors, and various songs, made the toy desirable again. This time, however, he was not just letting the toy entertain him, as he did when he was one year old. This time, he was manipulating and exploring what the toy can do for him. He wanted to make sure all the buttons responded to correct colors and letters. Therefore, even if your little one stops playing with Leapfrog Alphabet Pal at one point, I would not get rid of it yet. There might be a time when he or she will become interested in this alphabet toy for babies and toddlers again, just like our son did. 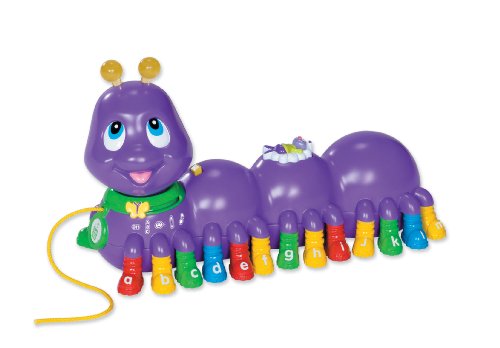 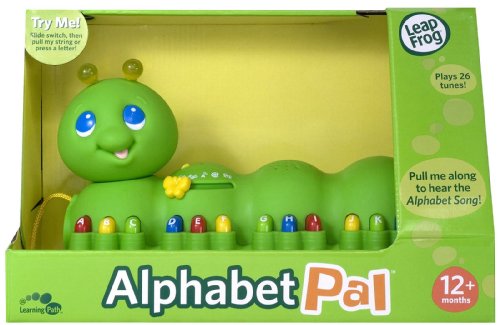 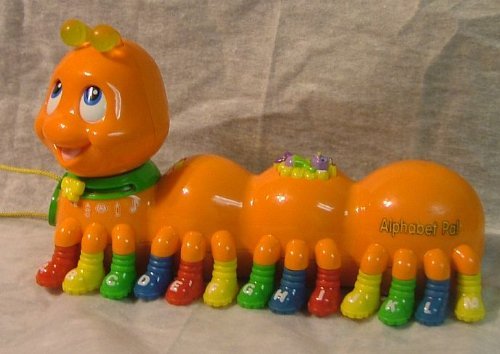 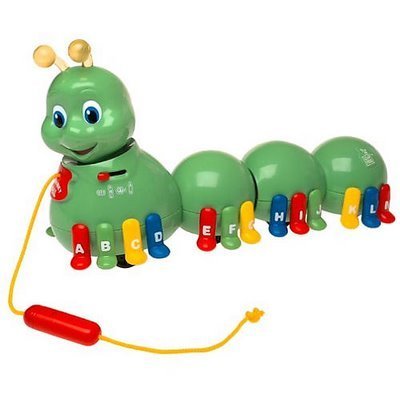